This is the third part of my education line. You must have attended the ‘Fundamental structure’ and ‘Scapular & glenohumeral mechanics’ classes prior to attending this one.

NB: A bachelor’s degree (minimum) within a health-related field is required to attend this course.

Learn how to identify and treat (some of these elements are covered more in depth in the later classes):

Please read the full description in the informational box below. Also, make sure to read the “Terms and conditions” page as you book your attendance.

Objective Biomechanics: Nerve entrapment syndromes is an educational program which allows the practitioner to detect, treat and resolve nerve entrapment syndromes in the trunk & neck as well as upper and lower extremities. This subject has become extremely controversial, perhaps mainly due to the lack of agreement both with regards to diagnosis and treatment, however this class will change that.

You may appreciate some of the quotes below, as they clearly demonstrate the diffusity of nerve entrapment cases in general (TOS is perhaps the most (in)-famous nerve entrapment syndrome, which i why I chose these quotes).

This article is concerned with thoracic outlet compression syndrome (TOCS), one of the most controversial subjects in medicine. It may also be the most underrated, overlooked, misdiagnosed, and probably the most important and difficult to manage peripheral nerve compression in the upper extremity. – Atasoy, 1996

This review was complicated by a lack of generally accepted diagnostic criteria for the diagnosis of TOS. Thoracic outlet syndrome is one of the most controversial diagnoses in clinical medicine. – Povlsen et al., 2014

Actually it [TOS] is not widely known and it is also a controversial issue for some physicians. Moreover, it is sometimes strongly denied by those who have not had the opportunity of identifying it as a disease or even when they have not dealt with TOS patients….  We are confronted with a disease that is commonly undiagnosed by the majority of physicians. – Silva & Selmonosky, 2011

The diagnosis of neurogenic TOS is more challenging because its symptoms of nerve compression are not unique – Sanders et al., 2008

The most commonly recommended interventions are strengthening and stretching of the shoulder girdle musculature.2,7,19,21 However, little agreement exists on which muscles need strengthening and which ones need lengthening.5 These types of exercises do not detail how they address functional TOS as a result of respiratory alterations and they do not aim to inhibit muscle.1,5,19 – Robey & Boyle, 2009

Many claim that aetiologies such as thoracic outlet syndrome and similar phenomena is mythical beast that does not really exist. Others acknowledge its existence, but as I just showed you based on the evidence, there is no consensus with regards to valid diagnostic nor rehabilitative criteria. Hence, whether the patient is believed to have nerve entrapment or not, the result is usually the same. I believe that the cause for this, is that the common tests that are made (EMG, especially) are not positive unless significant pathology is present. Most sufferers of neuralgia do not have nerve damage severe enough to make these tests positive. Thus, these tests aren’t reliable in most sufferers.

Electromyography (EMG) and nerve conduction velocity (NCV) tests are normal in the large majority of patients with clinical signs of NTOS. When positive, the changes are usually nonspecific. In a small number of patients, usually those with cervical ribs and hand atrophy, electrodiagnostic studies reveal typical changes of ulnar neuropathy. – Sanders et al., 2007

In vascular ultrasonography, TOS, for example, is a widely accepted and well known problem. This is because vascular pathology is [conventially] much easier identified than neurogenic disorders due to doppler measurements.

The thoracic outlet syndrome is a common problem, caused by impingement of the subclavian vessels and/or the brachial plexus as they leave the chest. – Pellerito & Polak, Introduction to vascular ultrasonography, 2012

According to Sanders, arterial TOS makes up just 1% of the total TOS cases. Thus, if arterial TOS is common according to vascular labs, how much more common, yet underdiagnosed could neurogenic TOS potentially be?

Neurogenic TOS (NTOS) is by far the most common, comprising well over 90% of all TOS patients. Arterial TOS is the least common accounting for no more than 1%. – Sanders et al., 2007

Thankfully, detection and treatment of nerve entrapment syndromes can be relatively straight forward even without ultrasound, given some fundamental rules are understood and followed. The first rule is that healthy nerves are pain free, while irritated nerves are not. Although this may sound obvious by the way I phrased it, these fundamental facts are generally opposed by most practitioners working with nerve entrapment disorders. Hence the confusing and seemingly depressing evidence. The second rule is that myofascial nerve entrapment syndromes, at least when moderate to severe, almost always get worse before they get better. Knowing what to treat and what to expect is key, as there is of course “good worse” and “bad worse”; we need to be able to distinguish between the two.

Necessary information about common nerve entrapment syndromes will be taught in class. You will learn how to identify and roughly grade the severity of nerve entrapment. You will also learn why they have occurred in the first place, and how to treat them, with great and lasting results. However, as with all of my approaches, it can be a tough system that requires diligence and compliance from the patient. The exercises are also complicated and must be performed flawlessly, as compensation will fail to stimulate the dysfunctional muscles. It is therefore very important to have a thorough understanding about biomechanical angles, and how to teach these, as well as how to plan out the treatment’s course in a viable and individualized manner. Set up for a winning strategy!

The approaches you learned in the part I & II classes are a crucial foundation for the principles that you will learn in this class. 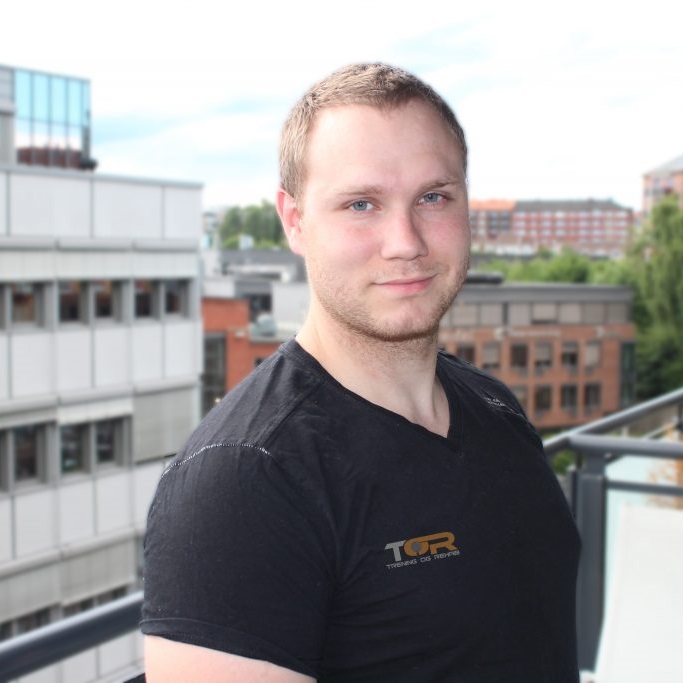 Kjetil Larsen is a Researcher and a Corrective exercise specialist. He is the owner of Training & rehabilitation. He specializes in the treatment of chronic pain and has developed several distinctive protocols both with regards to diagnosis and conservative rehabilitation of difficult conditions. Kjetil has also published several peer-reviewed studies on musculoskeletal and neurological topics. Full biography

There are no reviews yet.